Finally we made it. Sitting in the plane. Jumping up and down in the turbulence due to the rain clouds building up over southern Africa. Still can’t believe it. What stressful weeks are lying behind us. If not even months. It’s 6 months since we decided to leave Namibia for a while and go work abroad. We send the first CVs out end of September last year and still we only got the final job offer only 2 weeks ago. It wasn’t easy. I learned what a privilege it is to have a German passport. You can pretty much travel anywhere you want without even thinking if you need to get a visa. And if you would like to work somewhere you find in every country a working visa programme which will grant you a visa in short time. But we are travelling together. And the second passport is an African passport and apparently not everyone’s favourite. So many companies didn’t even reply to our emails. And if they did then they asked if Dawie has a visa for that specific country. How should he? To get a working visa you need a signed contract. But to get a contract you need to legal to work in the country. You see the cycle? Not working out for us. We send CVs to all continents. Many different countries. In the end it was a guy in Germany who offered both of us a job AND was willing to cooperate for the visa. Send us a contract. All details about the company. And we got all the other papers together. Applied for a 6 months working visa in Germany. The interview was early January. Mid March the Embassy send us the letter saying the visa was denied. What a disappointment! But why did they deny it? If we wouldn’t have had all the papers in order or anything was missing we would have understood why they denied it. But the reason was his nationality. First we didn’t really understood what was happening. Then we realised that we really have no chance. We can’t change his passport. And if that’s why they don’t let him into the country we have to accept it. It was a limited visa for 6 months. Signed contract. Invitation letter. Accommodation guaranteed. Everything was legal. But apparently they don’t want that. You can’t get in. Even though there is big lack of tandem masters in Germany. And our employer appealed against it. No chance. 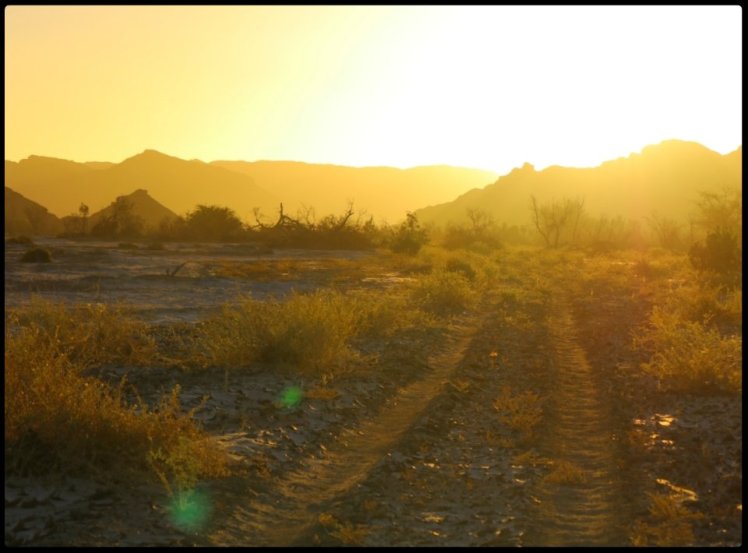 And we had to react now. Quickly. Because while we were waiting for 2 months for an answer from the Embassy we couldn’t apply somewhere else. We had a job. Not anymore. So next round is starting. More CVs getting send out. Time is running against us. My visa runs out for Namibia. And most dropzones starting their season in April. So let’s work on Plan B if Plan A isn’t working. And on the rest of the alphabet.

Plan B – China: Sounds like the money is good, but everything else is very vague.

Plan C – Thailand: We send it October a CV out, but they didn’t need us. Now they are looking for a Chinese speaking instructor. Well let’s send a CV and see if my writing skills improved..

Plan D – Mossel Bay: South Africa, actually no, we don’t really want to go there. Not at all.

Plan E – Kenia: The only country Dawie can get in without a Visa and I can get one at the boarder. Just opened a new dropzone.

Plan F – Canada: They told us already Namibians can’t get a visa. Thanks for the conversion.

Plan G – New Zealand: Plus point is that they will give Namibians a visa, but they only need someone from October. Southern hemisphere, so no jumping during this time.

Yes we don’t give up so quickly. We might be a bit stressed now and then. The one day it’s me then it’s him who is on the negative thoughts. But we keep on telling ourselves we’ll find something. I know it’s difficult for some of you to understand what we’re going through. Not having a 9 to 5 job, house, family and all the security you need. But it is our choice. Working in tourism is challenging. Seasonal. So we take risks. Quit a job without having the next one lined up. Without knowing how you pay your rent the next motnhs. Just spoke to a friend of mine yesterday about this. And yes we do get frustrated sometimes. We do suffer. Safe as much as we can when we can for the weak months. But it gives us so much back. Every day new challenges. Problems. But as well new opportunities. And that is what we see. The opportunities that come up when take risks. Giving something new a chance. And how much we grow if we build up something by ourself. It makes you so much more proud if you know you did this. With so many friends doubting you and your choices and still you pushed it through. A look at you now. Look where you’re standing. And yes she is so right about it. It all started with me taking this job offer for 3 months working as a sandboarding instructor. It didn’t look like anything I should be doing. No contract. Verbal agreement. I had to fly across the continent to get home to see family and friends. Still I took the opportunity. And look at what came out of it. I’ve been running a company. Build up a climbing wall by myself. Started jumping out of planes. Why the hell would you ever want to do that? And there I have now almost 400 jumps and have been training students on how to jump out of planes.

But these are the visual achievements. There are so many more which I can’t explain. My friends is Swakop can though. They know how I changed from when I arrived in Namibia to now, 4 years later. That word is as well something that a lot of people see as a bad word. Change. But change isn’t always bad. Clima change is maybe bad. But if a person changes it is normally because the person is growing. Getting stronger. Building up more self confidence. Learning to believe in yourself. Meeting different people. Learning new languages and cultures. And here for your entire social crowd is responsible. For me, it’s my Namibian family. All ages. If at anytime you had something that wasn’t working. Someone would come over and fix it. You need a car. At least 2 people will offer you their vehicle. You need someone to talk to. Half the crew comes over with a bottle of wine. You are looking for a new hobby. Someone is fetching you and teaches you how to surf. You need a place to stay? Won’t happen, because you sleep over at any time at all of your friends houses. And then you still have the older generation looking always over the shoulder making sure you take the right track and the good opportunities. Or they might be even the ones giving you those opportunities. Yes it is a very strong community. Support system. Everyone for everyone. And yes we moan sometimes about the one or the other person, but in the end they all have a good heart and you can count on them. And this is why I ended up staying here so long. I never had such a group of people who were all on the same level. Yes I have good friends in Germany. Very good friends. They have to accept this crazy girl travelling the world doing what she feels like. Not always easy to understand me. But they always supported me. Even across thousands of kilometres. Always ready to Skype if I need them. But I never had such a group like here. And I am thankful for them. That they accepted into their group. Even though I was different.

This was my last jump in Namibia. A special one. With special people. Craig, the one who is always looking after his kids. And that’s why he got so much grey hair. Like my dad always said. Not easy raising a girl. But I think he didn’t do too bad. And Craig continued that work. Still jumping out of planes. With us. The youngsters. Not able to look at our landings if we once again didn’t listen to him. And here we are doing a show jump together. Over the moon valley. The Swakop river.

For those who do not know what a show jump is. It is normally a function happening on the ground. A desert dinner, wine tasting, wedding, anything like that. And they book us as a show effect. We land usually just before sunset and deliver a bottle of champagne to start the ceremony. And after landing the parachute our show is over and we drive back again. I love those jumps. Not because you’re landing in Front of 150 people. But because you’re jumping with your friends into a different location with an epic scenery. I mean look at these pictures. Maybe not the best quality, but you can still see the beauty in it. 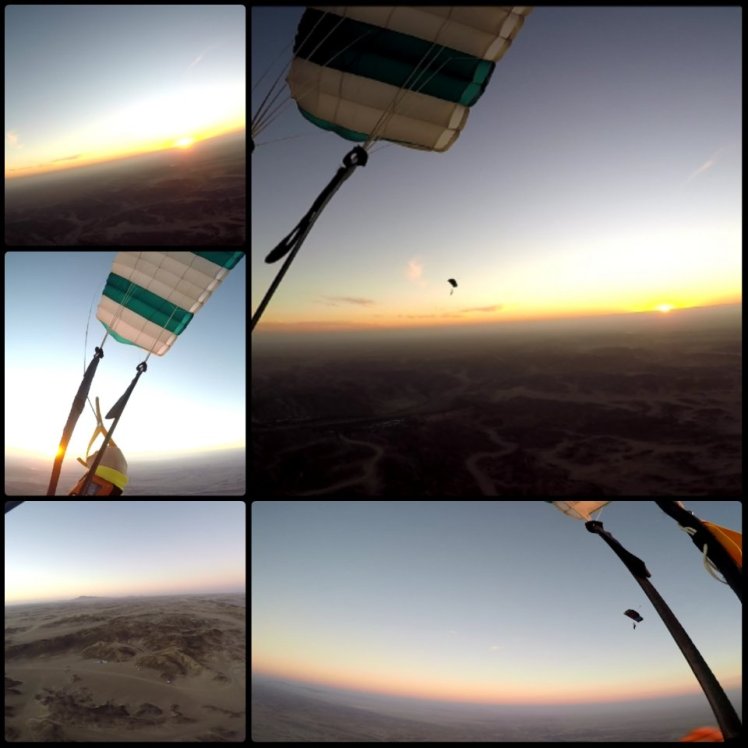 And this is why we jump. Why we go up in a plane just to jump out of it. For the thrill. For the views. For the canopy ride. Spiralling down to earth and landing softly on your feet.

What else happened last week? One more climb in the river bed with a group of amazing people which I was just talking about.

Yes she grew up I told you so. I am wearing a helmet.

Relationship test. Trust your partner. But I’m still smiling. Despite all the comments from the ground crew. I had so much fun on the rock. So glad to have found such a fun hobby! 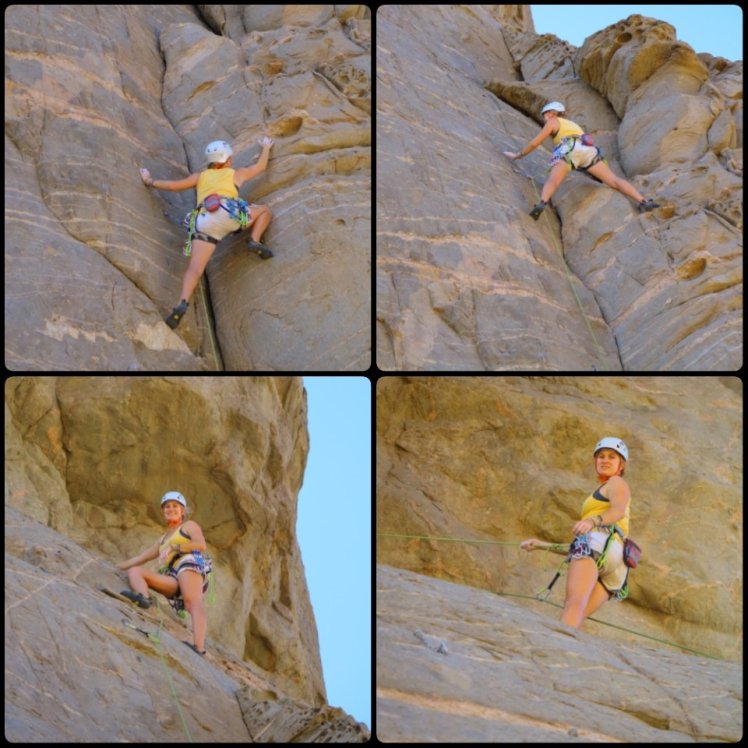 And to be surrounded from awesome people. Most of them arrived at night time, that’s why there are no more pictures.

But still some of them gave the climbing a try. And enjoyed it! 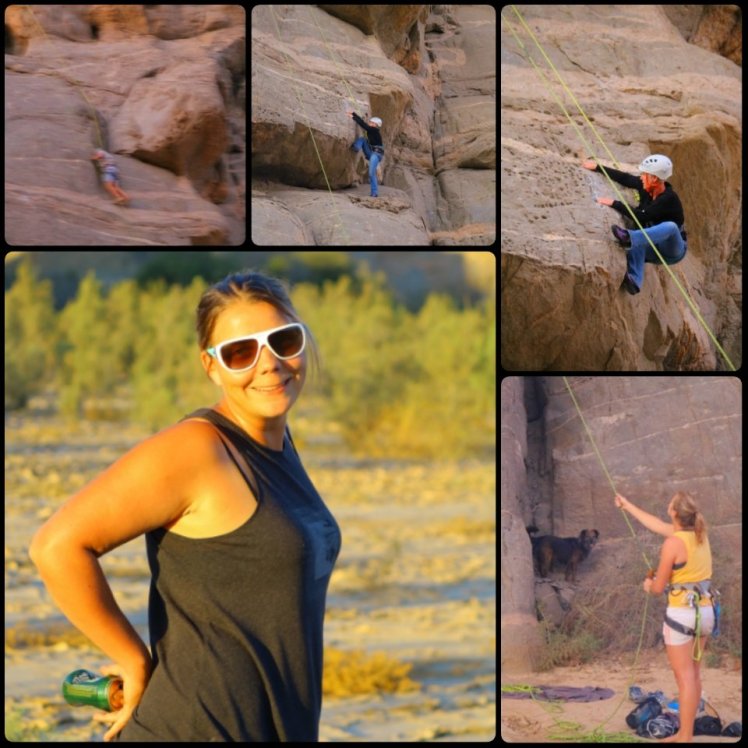 Went again for a nice walk. To enjoy nature.

To see the beauty in the little things.

And after everyone left we made a big fire and enjoyed the starry night.

Love those nights around the fire. Always special.

Followed by a gorgeous sunrise the next morning.